It is that time of the year when you spend a lot of money on gifts that people are only interested in a few days, eat so much food you end off looking like a sumo wrestler before 2017 starts and you drink so much that you end off doing the perfect impression of Jack Sparrow from the Pirates series.

All of the above is true however we here at the Monday Movie Show have something even better at this time of the year, yes it’s our time to tell you what we think the best 10 and worst 10 films of 2016, we also throw out a few awards to the few who really did stand out in a sea of movie goodness.

Posted in Features, Listen To The Show

It’s that time of the year again where we look back over the last 12 months and pick out those films that deserve to be ranked as the best of the best, the Monday Movie Show awards return for a fourth outing however in a slightly different form from previous years.

We hand out the usual awards but change things up a little by handing out our own personal accolades, on top of the awards we also have our usual top 10 best and worst films of the year.

Another year is about to come to a close and it’s probably the best time to look over what this year has brought us.

Yes we still suck at sport no matter what it is, we are still in a rescission where the government says we are fine however we know that we are still screwed, the videogame industry saw two new consoles released and people still complain oh and most music still sucks.

However we are not here to look over that annoying stuff we are here to celebrate the best and worst of 2013 in the wonderful world of films.  So me and Andrew got our heads together and came up with what we think deserve a couple of awards, yes there were some arguments (i still have the bruisers) but we finally came to an agreement and the awards can be viewed below.

END_OF_DOCUMENT_TOKEN_TO_BE_REPLACED

It’s that time of the year when we look back over what the wonderful world of film brought us as we acknowledge the best and shun the worst with the 3rd annual Monday Movie Show Awards.

Firstly though both Stuart and Andy count down the top 10 best and worst films of 2013 before handing out some praise and a little bit of aversion to the worst films of the year with our awards.

So join us LIVE on our Spreaker page on Monday 16th December at 7:30pm (GMT) for the only award show that’s worth listening to. 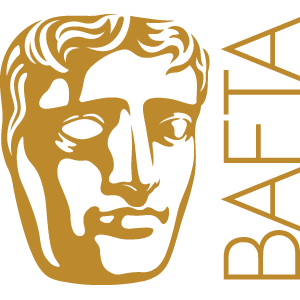 This years British Academy Film and Television Awards (AKA the BAFTA’s) have finally been announced and this year it has thrown up a nice mixed bag of winners including one big surprise when it comes to one of the biggest awards.

END_OF_DOCUMENT_TOKEN_TO_BE_REPLACED

It’s that time of the year when people complain that it’s too cold, when you end off spending more money in 1 month than the entire year combined, when you have too much too eat and drink and say that you will never do it again, oh and when you look over the year and think too yourself what you have done.

Well for us this time of the year gives us a chance to look over the films of the year and give out awards for the best and sometimes worst of what the film industry has to offer us.  So ladies and gentlemen i bring you the Monday Movie Show 2012 awards. END_OF_DOCUMENT_TOKEN_TO_BE_REPLACED

In the second part of the show, we have our Monday Movie Show awards for the second year in a row, covering the regular categories such as Best Animated Movie, Best Foreign Language Movie, Best Actor, Best Actress, Best Supporting Actor, Best Supporting Actress, Best Movie and Best Director, along with some other little ones like Best and Worst Cameos, and Most Pointless Remake or Sequel!

You can listen to any episode of The Monday Movie Show via Spreaker. This week’s special is now also available to download or to stream via youtube:

END_OF_DOCUMENT_TOKEN_TO_BE_REPLACED

Coming up on Thursday night, a special show covering the nominations for the Oscars. Join Stuart, Andrew and possibly a special guest host on this special edition of the show, live at 8 via Spreaker, when we’ll discuss the list of nominees, discussing which are worthy or not of the recognition, and a few that seem to have been left out!

This is the first awards we have done, and as a result we had a tough time first of all settling on what categories to cover and then choosing the winners in those categories. After much deliberation, we settled on who the winners are and the three best runner ups in each category. We hope you will agree! END_OF_DOCUMENT_TOKEN_TO_BE_REPLACED