This weeks show is now available to listen to, this week we have cinema reviews of the fourth Underworld film Underworld Awakening, Jonah Hill in slacker comedy The Sitter and Steven Soderbergh’s latest all star thriller in Haywire.  On  Blu-Ray/DVD  we take a look at comedy The Change Up with Ryan Reynolds and Jason Bateman, The Debt with Helen Mirren and Sam Worthington, the latest comedy from the director of Zombieland, 30 Minutes or Less, Kevin Smiths penultimate film Red State, the third in the Hostel series Hostel 3, Lars Von Trier very depressing drama Melancholia and finally Shark Night from the director of Final Destination.  On top of all of that we take a look at the latest movie news and go over the Box Office and the Blu-Ray/DVD top 10, plus our DVD catch-up of the week is Powder.

You can listen and download the cinema part and Blu-Ray/DVD part of the show via Spreaker.  You can also listen to the show on the site via the Soundcloud applet above or download the show to your iPod touch, iPhone and iPad via the iTunes site here or off the iTunes store on your Apple device. 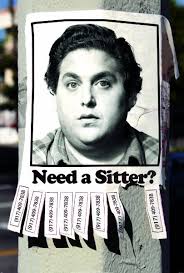 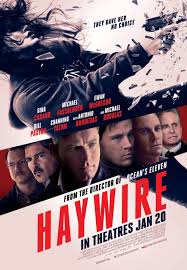 On this weeks very packed show we will be reviewing cinema releases including the 4th in the Underworld series Underworld Awakening, slacker comedy starring Jonah Hill The Sitter and Steven Soderbergh’s latest all star action thriller Haywire.  On the DVD/Blu-Ray side we will be reviewing comedy The Change Up starring Ryan Reynolds and Jason Bateman, thriller The Debt starring Helen Mirren and Sam Worthington, comedy from the director of Zombieland and starring Jessie Eisenberg 30 Minutes or Less, Kevin Smiths second final film Red State, the third in the Hostel series Hostel 3, Lars Von Triers Melancholia and finally shark horror Shark Night 3D, plus we take a look at the lastes movie news and go over both UK box office top 10 and the DVD/Blu-Ray top 10.

Join us live from 7:30pm (UK time) on Monday 23rd January via the Spreaker site or you can listen live via the Spreaker app on both Apples app store or the Android marketplace, just search for the Monday Movie Show in the app.