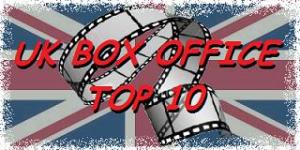 Well nothing seems to be able to move Dawn of the Planet of the Apes off the top spot despite five new films in the chart and a drop off of around 46% on last weeks takings.

As said above five new films went into this weeks chart, firstly going in at number 10 was kids animated adventure The House of Magic, hitting the number eight spot was Bollywood film Kick, entering in at number six is kids adventure film Earth to Echo.

Going in to the top three and two of the the three films are new entries, at number three is dark thriller sequel The Purge Anarchy and at number two and doing better than thought is action film Hercules starring Dwayne “the Rock” Johnson.

New releases – it’s probably going to be really obvious as to what will be the new number one film next week as Marvel’s Guardians of the Galaxy finally hit cinema’s.  Their is one other new film out however i doubt it will make much of a impact however if you want another new film then you have animated adventure The Nut Job as well as GOTG.

Across the Pond – Looking at the US chart and a new film went straight into the number one spot knocking Dawn of the Planet of the Apes down to number three, the film in question is Luc Besson latest action film Lucy.

Other new entries in the chart are at number 10 drama A Most Wanted Man, comedy drama And so It Goes at number seven and action film Hercules which took $29 million and found itself at number two. 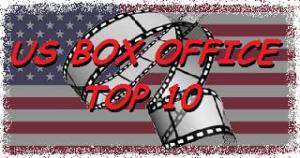 Well last weeks number 1 Evil Dead could only on to the top spot for just one week as it has found itself knocked all the way down to this weeks number 5.

Only 2 new films found there way into this weeks top 10 and they take over the top 2 spots.  First off hitting the number 2 spot (why the hell did you let it get that high) is the horrible film Scary Movie 5.  This weeks highest new entry and the new number 1 was baseball drama 42.

New Releases – only one film of any note is out this week and that’s sci-fi action drama Oblivion.

Well it looks like Warm Bodies wasn’t warming enough to the US film audience as it has only managed to stay at number 1 for one week giving way to one of this weeks new entries.

Two new films entered this weeks chart, first off hitting the number 3 spot was crime drama from Steven Soderbergh Side Effects.  This weeks highest new entry though went to comedy film from the creator’s of Horrible Bosses, Identity Theft.

New Releases – This week see’s the release of a lot of new films however i have picked out the 3 biggest ones, first off is animated film Escape from Planet Earth.  If you want a lot more fantasy in your films and prefer witches to vampires then Beautiful Creatures will be your cup of tea. Your final film choice of the week see Bruce Willis playing John McClane for the fifth time in A Good Day to Die Hard.

Wreck-It Ralph could only hold on to the top spot for 1 week as this weeks only new entry has gone and knocked it off it’s perch.

As said above there is only 1 new entry in this weeks chart and it has gone straight into the number one spot, the movie in question is Skyfall.  The film took just under $90 million making it the highest grossing debut Bond film of all time.

New Releases – like last week there is only one new film for you to go and see this week and if you don’t like sparkling vampires then i would stay away from the theater’s, the film in question is Twilight Saga Breaking Dawn part 2. 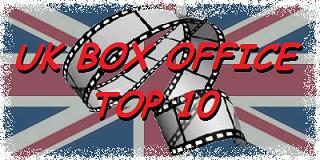 4 new films made there way into the top 10, first off hitting the number 9th spot is bollywood film Teri Meri Kahni, going in at number 7 but doing nowhere near what was expected of it was horror film Chernobyl Diaries.  Hitting the number 3 spot was comedy film The Five Year Engagement however it was Abraham Lincoln: Vampire Hunter that slaughtered the competition by going straight into the number 1 spot.

New Releases – A really interesting mix of films for your pleasure this week, first off there is action/drama/thriller Killer Joe from The Exorcist director William Friedkin, next up is musical comedy Joyful Noise which features Queen Latifah, if you are after just a straight forward comedy film then Friends With Kids is your choice however if you crave a horror film then Storage 24 is the movie for you.

Nothing could move the Hunger Games off the top spot despite one of this weeks 2 new entries giving it a try but ultimately failing.

As said above there were only 2 new entries in this weeks top 10, first off going in at number 3 was Tarsem Singh’s version of Snow White in Mirror Mirror however it was those titans that was back for a second helping this time in the form of Wrath of the Titans.

A very interesting we this week when it comes to the top 10 as last weeks number 1 Underworld Awakening couldn’t hold on to the top spot for more than one week.

New Releases – 3 new films will be trying to get into the top 10 next week however there are 2 small films on a limited release that should be seen.

The 2 small films are the really tense British thriller Kill List and the latest film from Ti West the director behind The House of the Devil, Innkeepers, however it’s Drew Barrymore’s new film Big Miracle, the movie that causing a lot of people to pay attention Chronicle and ghost film starring Daniel Radcliffe Woman in Black that will be fighting to get into the chart next week.

Poor Arthur Christmas it tried it’s hardest to knock Twilight off the top spot and it succeeded last week however it could only hold on to the number 1 spot for only 1 week as one of this weeks new entries has managed to knock down a peg.

There were a total of 4 new entries in the top 10, going in at number 10 was Another Earth, doing better better but only going in at the number 8 spot was the new Harold and Kumar film, doing much better than those two was the star studded cast of New Years Eve that managed to hit a very high number 3 however going straight in at number one was that cute ginger cat Puss in Boots.

Those pesky vampires couldn’t be knocked off the top spot this week even though one film had a really good try to put a stake through there heart.

In total there were 3 new entries, first off going in at a low number 5 was Martin Scorsese first 3D film Hugo, doing a little bit better by hitting the number 4 spot was Arthur Christmas however it was the muppets that did the best out of the new entries going in at the number 2 spot.

Well there are no new entries of note to challenge the top 10 next week so Twilight should remain on the top of the tree unless those fantastic muppets can knock the vampires off there perch.

It was a very disappointing week at the UK box office with only 1 movie managing to take more than £1 million and that was last weeks number 1 Tinker Tailor Solider Spy which remained n the top of the tree.

There were a few new entries in the top 10 however they didn’t impact the chart that much with the first of the new entries What’s your Number only going in at a very low number 9.

The other new entries in the chart were horror film from the creator of Final Destination, Shark Night 3D at number 6, one place above that was spy thriller the Debt at number 5, the strangest of the new entries went to Phantom of the Opera 25th Anniversary hitting the number 3 spot and finally despite being a pile of crap and hated by critics Taylor Lautner’s new film Abduction went in at number 2.

There are 5 new films of note out this Friday that will be trying to get into the top 10, the film in my opinion that will have the hardest time is Paddy Considine’s new film Tyrannosaur.

Other films that should have a better chance is the 3D release of the Lion King, the return of Rowan Atkinson as Johnny English in Johnny English Reborn, Woody Allen’s latest film Midnight in Paris and the movie i have high hopes but i doubt it will do that well is Don’t be Afraid of the Dark